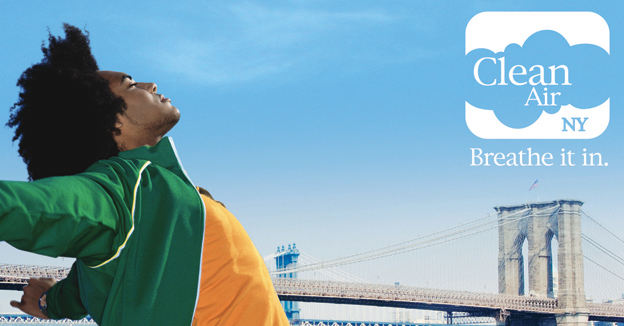 You've Got Questions, We've Got Answers!

What Is Ozone? How Is It Formed?

Ground-level ozone is a pollutant that is formed in a photochemical reaction between oxides of nitrogen (NOx) and volatile organic compounds (VOC), both of which are emitted by cars and trucks, in the presence of sunlight (ultraviolet radiation). In addition, VOCs are emitted from paint solvents and other sources.

Is There a Difference Between Ground-Level Ozone and the Ozone Layer? 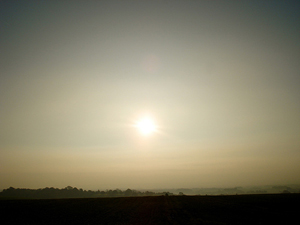 What Are the Health Effects of Ground-Level Ozone?

Even at lower levels, ozone may cause inflammation and irritation of the respiratory tract. Symptoms include breathing difficulties, coughing and eye and throat irritation. At higher levels, long-term exposure to ozone may damage lung tissue. It may take several days for complete recovery after exposure has ended.

Who Is Most Affected by the Ozone Problem?

While everyone can be affected negatively by ground-level ozone, the groups with the greatest sensitivity to air-quality problems are children, the elderly and people with asthma and other respiratory diseases.

What Is Particulate Matter?

Can You Explain the Different Terms Used to Describe Particulate Matter?

What Is the Air-Quality Index?

The AQI is a method devised by the U.S. Environmental Protection Agency for rating each day's air quality. The AQI numbers are associated with a color, a level of health concern and measures that people should take to avoid exposure to unhealthy air. It correlates levels of different pollutants to one scale; the higher the AQI value, the greater the health concern.

What Is an Air Quality Action Day?

An Air Quality Action Day is announced when air quality is predicted to be in the unhealthy range for sensitive groups in part or all of the New York metropolitan area. The New York State Department of Environmental Conservation is responsible for analyzing air pollution data and forecasts whether air quality will approach or exceed unhealthy levels. Based on these forecasts, the New York State Department of Transportation issues an Air Quality Action Day notification. While Air Quality Action Days are still days when people can go about most of their normal activities, such as going to work, driving may be one of the most polluting activities that people do on that day. Therefore, we encourage everyone to leave their cars at home if possible.

What Can I, as Just One Person, Do to Improve Air Quality? 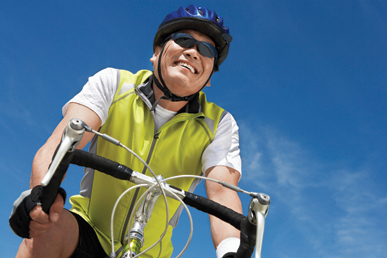 It may seem like just one person's actions aren't enough to actually improve air quality. But individual actions can add up to big results, because if everyone makes a choice every day to do something to improve air quality, we'll see a change in the air we breathe.

So what exactly are some of these everyday choices you can make? Here are a few: Combine multiple errands into one trip; take mass or public transportation, carpool or vanpool to work a few times a week; or refuel your car in the evening during the summer rather than during the daylight hours.

How Bad Is Air Pollution in the New York City Metro Area?

The U.S. Environmental Protection Agency has said that the New York metro area is not meeting federal ambient air quality standards for ozone pollution nor for fine particulate matter.

How Can I Find Out More Information About New York's Air Quality?

You can visit the New York State Department of Environmental Conservation's Division of Air Resources Web site at http://www.dec.ny.gov/about/644.html.

Vehicular Air Pollution: What Is It and Where Does It Come From?

Motor vehicles play a major role in air pollution. They are the single largest contributor of the precursors of ground-level ozone, which is a major urban pollutant. Motor vehicles also contribute significantly to particulate matter (PM) pollution. Both kinds of pollution stem from burning fossil fuels and vehicle use, and both contribute to cardiovascular and respiratory problems.

Pollutants are released as a result of vehicle use when:

Air Pollution in the Big Apple 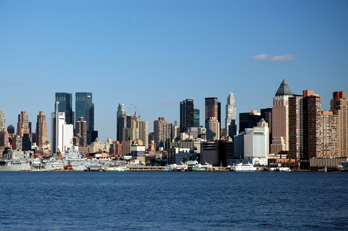 New York pizza, high fashion, Broadway shows—these are all things that New York does well. Unfortunately, however, another thing we're doing well is polluting the air. Metro New York has some of the most polluted air in the United States and much of it comes from our cars. The U.S. Environmental Protection Agency (EPA) has rated the New York metro area as not meeting federal guidelines for ground-level ozone and particulate matter pollution.

Ozone pollution and the ozone layer are two different things. The naturally occurring "ozone layer" in the upper atmosphere is good—it protects life on Earth by filtering out ultraviolet radiation from the sun. Ground-level ozone pollution is bad. Ozone pollution damages lung tissue, worsens respiratory disease and can make people more susceptible to respiratory infections. Adults with existing cardiovascular problems, the elderly and children are especially vulnerable to ozone pollution.

Some studies suggest that long-term exposure to elevated ozone levels may be associated with permanent changes in airway structure and reductions in lung function. An increased risk of developing asthma has been found among students who were likely to have experienced long-term elevated ozone exposure because they participated in athletic programs in areas with high average ozone levels.

Clean Air NY is concerned with a kind of particulate matter known as PM2.5 or fine particulate matter. Fine particulate matter is a mix of tiny solids and droplets that are invisible to the human eye. This is because they are 2.5 microns or less in width-2.5 microns is about one-thirtieth the width of a human hair. Like ground-level ozone, PM can worsen pre-existing cardiovascular and respiratory conditions. Your efforts to reduce driving will especially help the ill, elderly and children who are most at risk. In particular, we want to help:

Want the Scoop on Today's Air?

The Air-Quality Index (AQI) is a method devised by the EPA for reporting each day's air quality. To be more specific, the AQI indicates how dirty the air is. The AQI numbers are associated with a color, a level of health concern and what measures people should take to reduce their exposure to pollutants. Several pollutants are measured by the AQI, including ground-level ozone and PM. Pollution levels are measured on a scale of 0 to 500. A 50 is considered good air quality with low risk of health effects. Anything more than 100 is considered unhealthy for sensitive groups, values above 150 are considered unhealthy for everyone and levels of more than 300 are very rare.

Have you ever walked outside on a hot summer day and felt like the air was smothering you? Has it made your eyes water or perhaps prompted an irritating cough?

One cause of these types of symptoms could be poor air quality. Unfortunately, these are just some of the mild effects of air pollution, which can cover the spectrum from eye irritation to more serious health problems, such as asthma.

Taking small steps to improve air quality can help prevent health problems for everybody, especially people with asthma and other respiratory ailments.

Usually it's the little things in life that make us the happiest. With air pollution, however, it's sometimes the littlest things that cause the most harm and unhappiness.

Fine particulate matter is one of the most serious air pollutants: the particles are so small that they can get right through the nasal passage, past the trachea and into the deepest parts of the lungs. The particles also can enter the bloodstream via the lungs.

Particle pollution damages the body in ways similar to cigarette smoking and can cause heart attacks, strokes and lung cancer. Hundreds of studies have found associations between elevated particulate matter levels and premature deaths, hospital admissions and emergency room visits and aggravation of respiratory and cardiovascular symptoms.